THE PARK ARRANGED AS A STAGE

The lighting in Merzig municipal park has been designed so that it provides a subtle interplay of light and shade.

Merzig municipal park is used by residents and visitors to the town as a place for relaxation and recreation. Its location is central for the town centre, the civic hall and the river Saar. The park is characterised by a wide range of mature trees, some of which are decades old. In order to make this green space more attractive, the town planners commissioned a facelift of the park. The lighting concept plays a key role in this.

The underlying concept for the lighting design is to pick out individual trees and groups of trees, accentuating their form and beauty. The park overall has been planned similarly to that of a stage in a theatre. The protagonists are the trees, which radiate light from the inside, without the luminaires themselves being visible.

People are influenced by the sun and the moon that give rise to poetic images of light and shade. Just as in nature, in Merzig park the light comes from above and is projected straight down. The luminaires are mounted in the trees, as high as 30 metres up. They cast both distinct and blurred outlines of the branches and leaves onto the ground. This atmospheric impression is achieved by using three different beam angles with just a single model of luminaire.

Each tree is individual, one of many solo performers on the ‘park stage’. After consulting with the landscape gardeners, it was decided how to distribute the luminaires. Ultimately, priority was given to adjusting each individual luminaire on site, using cherry pickers to install them. The beams of light have been configured in such a way that the paths are washed with glare-free 3000 K light. A few uplights are used to pick out low-growing plants.

A multi-use pavilion was designed as an entranceway to the park. Downlights have been integrated unobtrusively into the pavilion ceiling and provide uniform wall washing. New lighting masts (mounting height of 4.50 m) now illuminate the approach and reveal the immediate surroundings of the civic hall. In-ground, recessed linear luminaires trace the outlines of the architecture and highlight the benches. Lighting for the natural salt spring will follow once restoration work has been completed.

As visitors enter Merzig municipal park, there is welcoming light to guide them and provide a sense of safety and tranquillity at any time of day or night. The natural balance of light and shade, brightness and dark is retained. 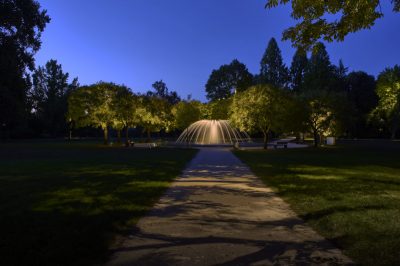 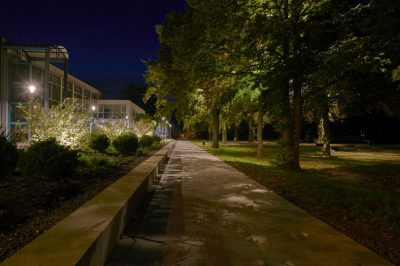 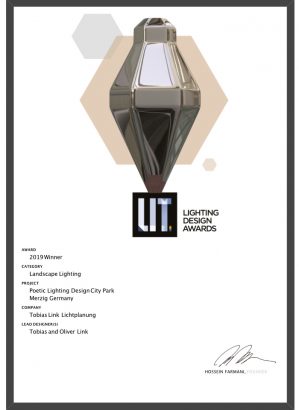 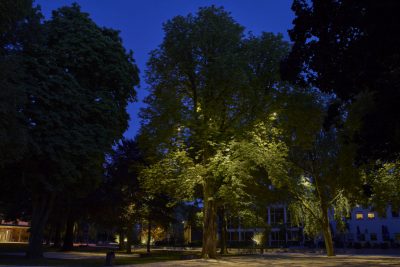 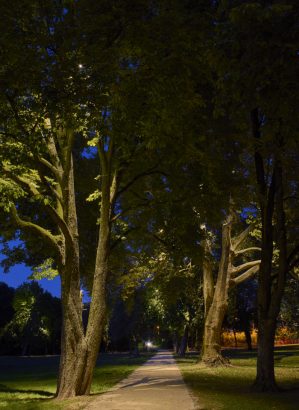 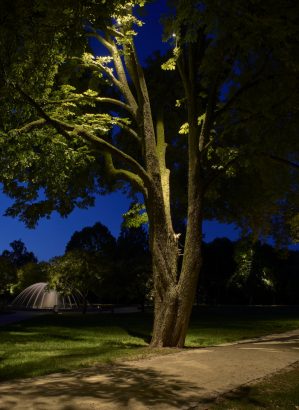 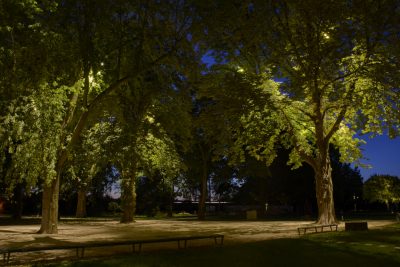 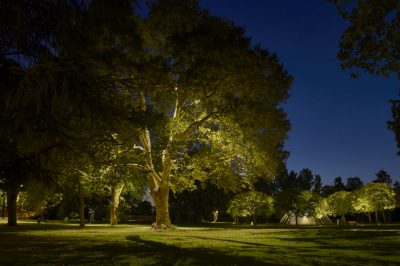 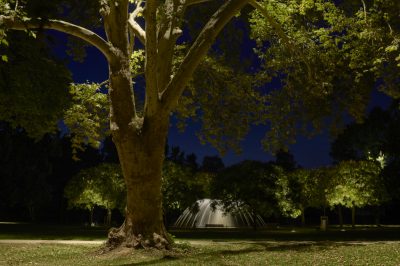 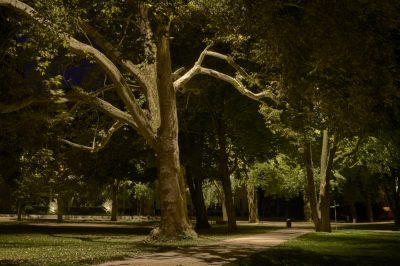 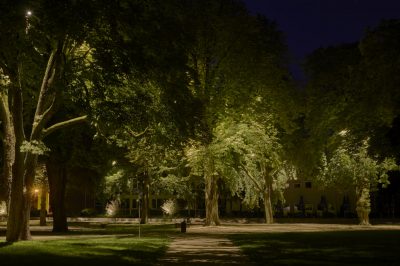 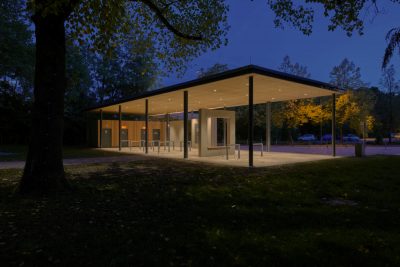 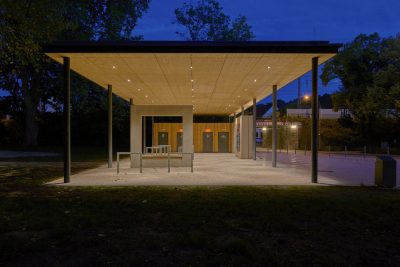 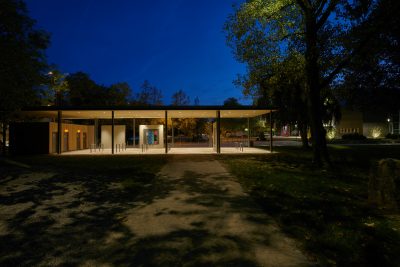 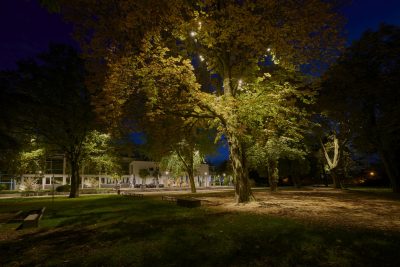 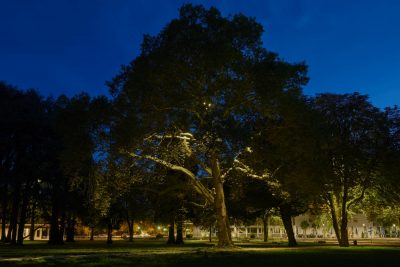 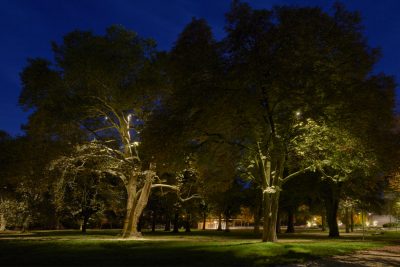 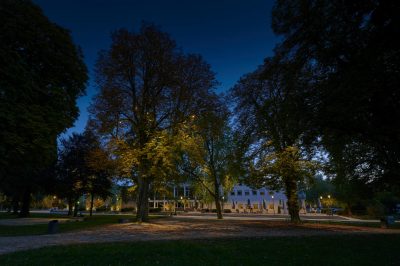 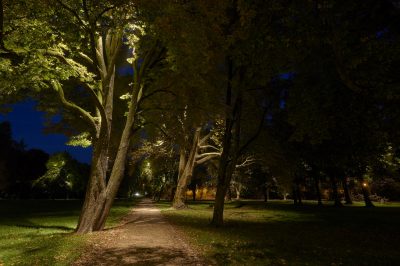