The Bertrange council applied the concept of ‘shared space’ to the town centre with the aim of reducing traffic and improving safety. This approach originated in the Netherlands and is based on all road users being equally considerate of other users, without the need for traffic signs or demarcations. Using targeted lighting of the public place has made it possible to guide drivers, cyclists, pedestrians and children alike and to improve the quality of the leisure space.

The master plan concentrated on five areas: traffic routes, footpaths in the park, parking spaces, accent lighting in changing colours for individual buildings and atmospheric illumination of historical buildings and green spaces. It is like the direction of a theatre production, with a backdrop of vertical surfaces in the form of buildings and trees and the shared space as the stage.

Lighting masts with asymmetric lens systems project light onto the traffic routes. Their mounting height (5 m) is lower than that of the other street lights in the district. Posts that emit rays of light stand along the side of the church; they light up the footpaths. Pale-coloured paving and the uniform illumination level of 3000 K go to create a Mediterranean atmosphere.

On the paths through the park, non-glare illuminated cube seats are arranged along the paths through the park, they also serve to break up the green spaces at the events pavilion, which, along with the town hall, is among the new buildings. Another key feature is the climbing frame that, once illuminated in colour at night, resembles a light sculpture. Lighting schemes in alternating colours, which change with the seasons, were designed for the town hall. Mid-range LEDs have been incorporated on the inside of the windows and provide homogeneous light in the rooms. High-power LEDs with a narrow beam project light onto the concrete columns outside. The operator of the pavilion for hosting events continues with this play of coloured light. Illumination of the historical church and Schloss Schauwenburg castle is more distinctive with sweeping warm-white light, which accentuates surfaces and detailing.

Lighting of the parking spaces is slightly dimmer, with narrow beam illuminated bollards and low lighting masts (MH 3.5). Only a few models of luminaire are used, making maintenance easier and resulting in a harmonious overall impression. This is how to design an urban open space that conveys a sense of safety and invites people to linger. 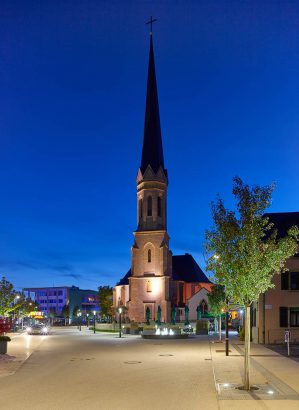 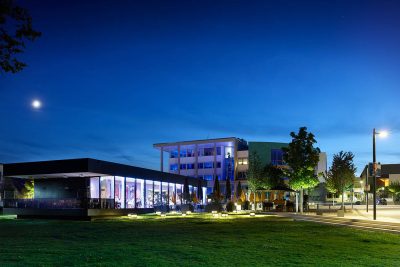 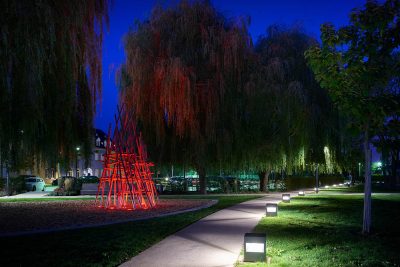 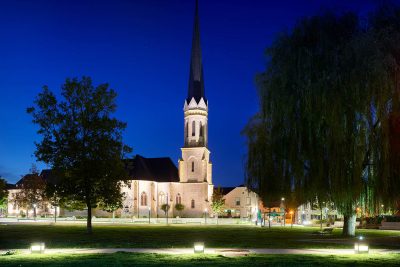 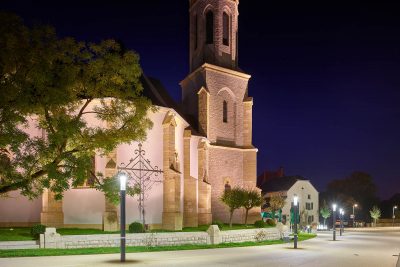 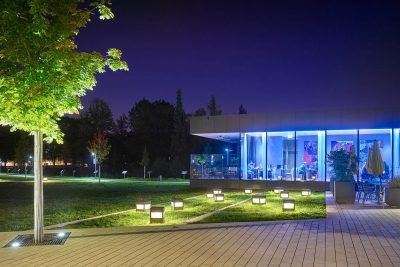 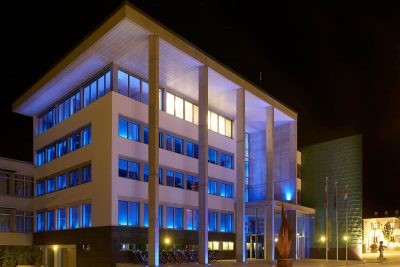 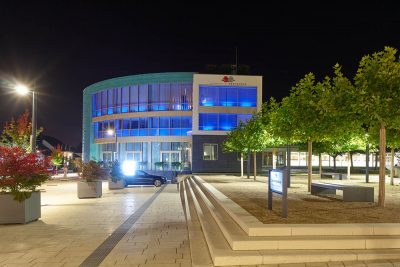 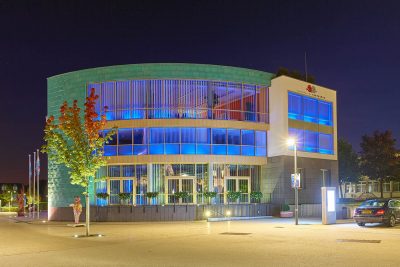 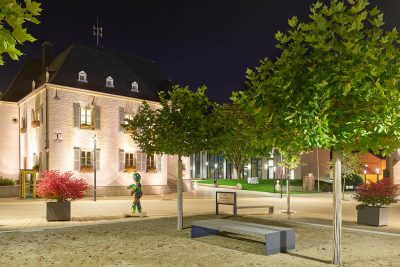 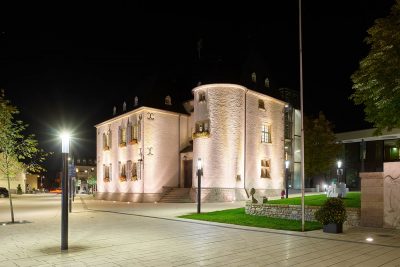 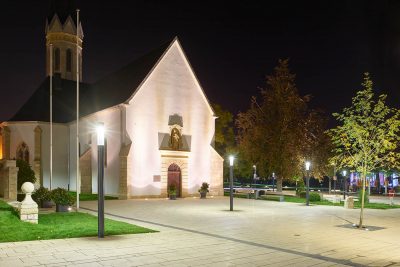 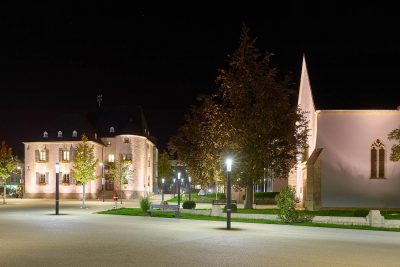 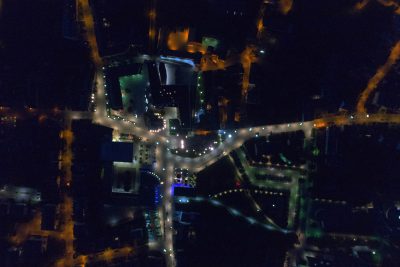