ECE opened the shopping centre in October 2010. The plan for the artificial lighting was to merge the new gallery harmoniously with the old building, which used to house the mine management offices and is listed as a site of historical interest. Light joints in the floor and cornices on the ceiling mark the separation between the two complexes and create a connection between old and new.

The 25,000 m2 sales surface area is given rhythm with lights that project wide and narrow beams and draw shoppers’ attention. Ambient lighting in the form of downlights provides colour temperatures of between 3000 and 4200 K and, depending on the time of day, supports the transition between inside and outside. Where natural light is lacking, extensive illuminated ceilings brighten these areas. The illuminated façade of the old building is a focal point: gobo projections bathe it uniformly in light. This bespoke product had already proved itself at Nova Eventis.

After refurbishment, the ‘event mall’ celebrated its re-opening in September 2006 as an exciting place of discovery with a 76,000 m2 sales area. The lighting concept was intended to communicate this approach visually. The theme for the two-storey shopping area was “four seasons”. Alternating colour scores appear, projected from light cornices, dynamic colour ceilings and four illuminated pylons.

The main entrance is reached through the car park in front, through the installation called “The Living Seas”. A floor-to-ceiling arch sculpture welcomes shoppers with interactive light and sound installations and puts them in the mood for their visit to the cathedral of consumption. This backdrop was rated “Outstanding“ at the DP3D awards in 2006 and was nominated for the German Design Prize in 2007. The lighting concept focussed in particular on the design of the exterior. Framed projections accentuate the façade, the pool of water acts as an interactive stage and a globe of light continues the theme of water teasingly. According to ECE, the use of the very latest in lighting technology, which was frequently employed in the projects by way of bespoke lights, saves around 20% of the energy costs in the new buildings. Photos: ECE Europagalerie Saarbrücken, Tom Gundelwein, Oliver & Tobias Link 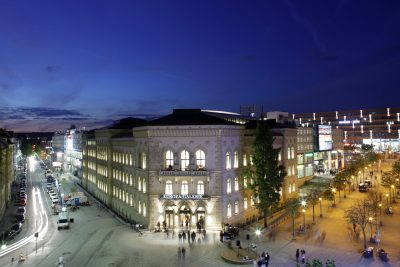 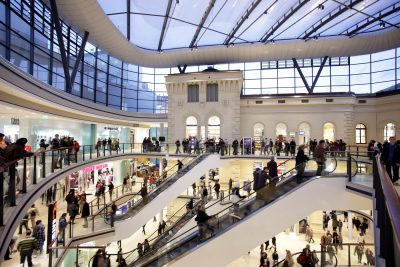 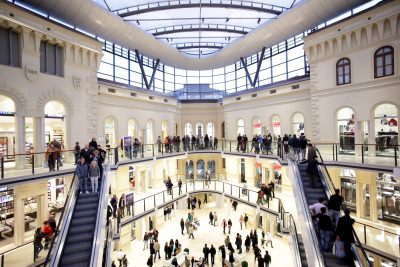 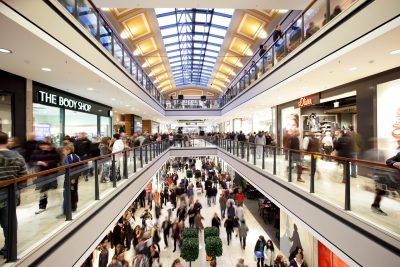 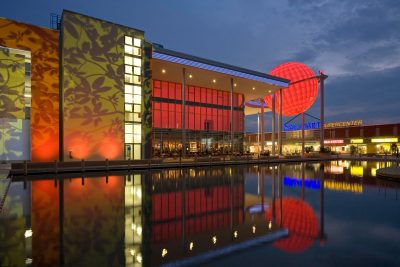 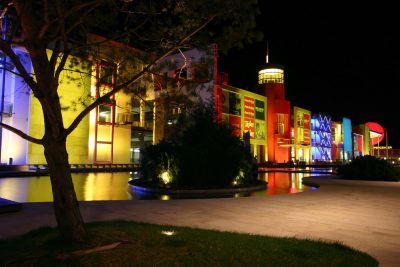 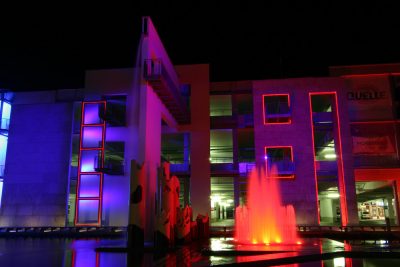 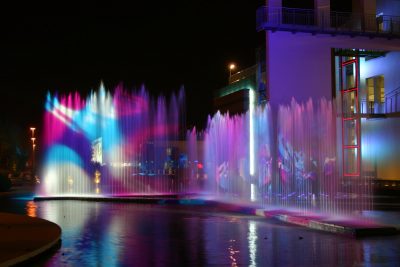 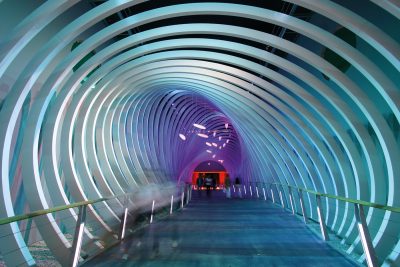 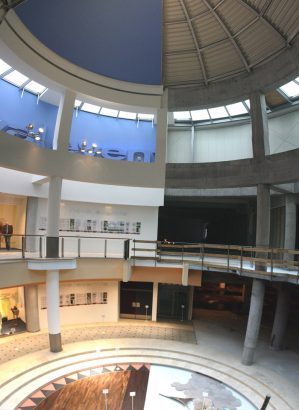 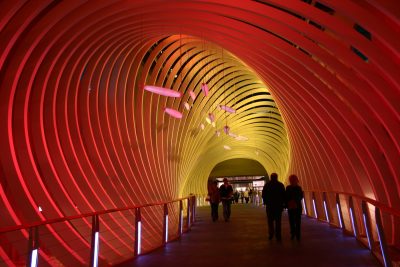 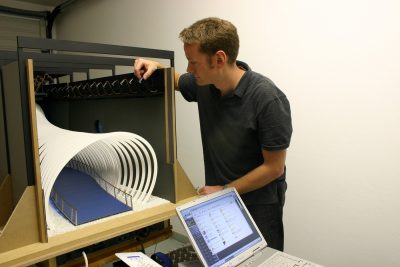 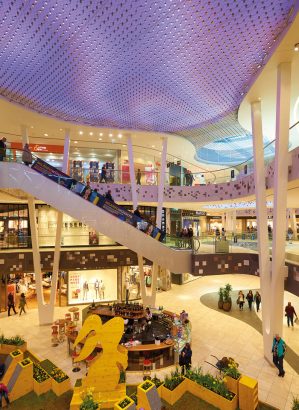 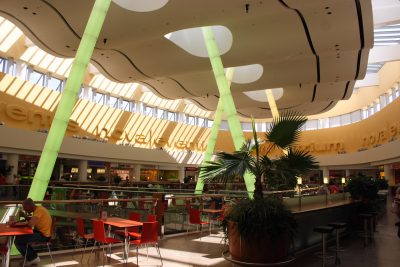 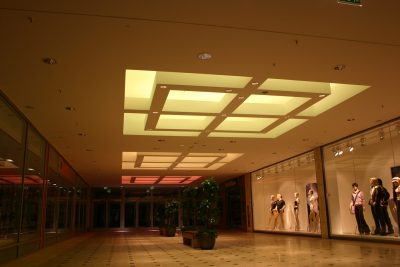 A multimedia lighting installation for the Ratskeller in Saarbrücken

A PLACE OF DISCOVERY AND MYRIAD COLOURS

The lighting design needed to satisfy two main requirements in this case: achieve, on a low budget, illumination with eye-catching effects and also to comply with the regulations governing buildings of historic interest. A custom light was designed for this project using a manufacturer’s standard luminaire. Once produced in a smaller format, it conformed to the permitted size: the energy-saving lights from the original plan were replaced with high-power LEDs. These lights are installed on the ribs of the ceiling. They operate with three beam angles each, in order to trace the contours of the arches exactly. The changing colours constantly bathe the architecture in new light.

The vault ceiling has also been incorporated in the design. Twelve DLP projectors cast a variety of motifs onto the surface. They can change according to the season and the event: from a flickering open fire to typical Christmas decorations. Projections appear as free-floating individual images or in the form of patterns extending over the entire surface, which merge to create a unbroken image on the ceiling.

The DLP projectors provide excellent contrast, enhanced by the short projection distance. The most complicated component involved was the control system. It works via an e;cue system; the video content required for the projections is saved here and runs automatically. A regular part of the evening programme is the “Ratskellerstunde”, a lighting composition created especially for this traditional venue and that has become a firm fixture over the years. Thanks to professional planning, the Ratskeller has achieved a lighting solution that lives from its individual design and yet remains affordable, even in constant operation. 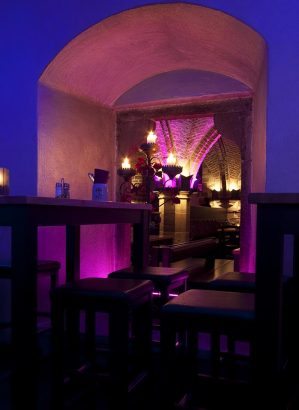 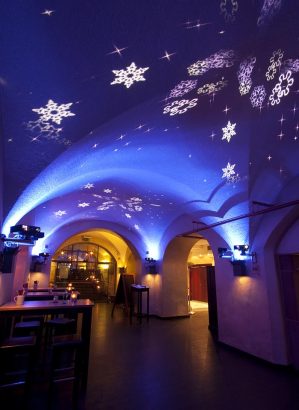 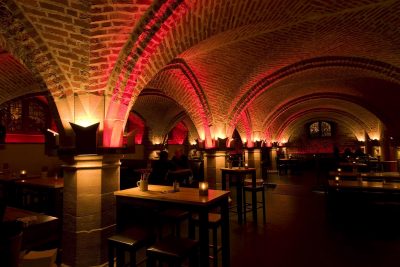 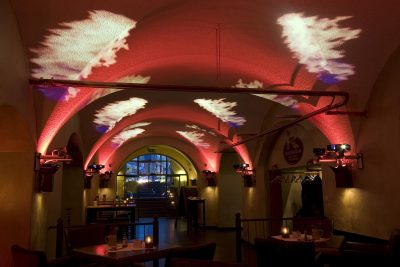 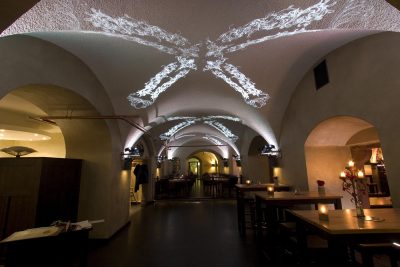 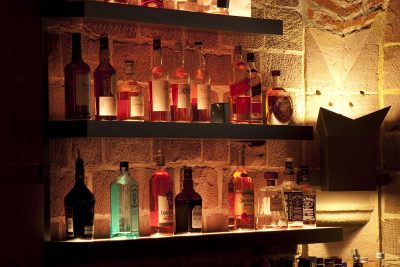 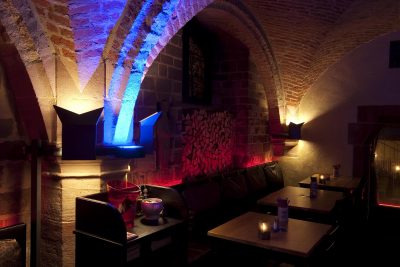 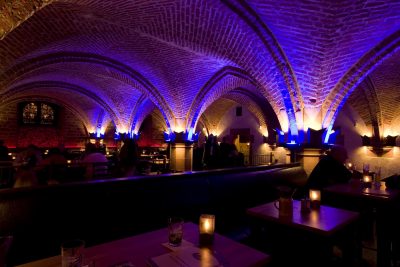 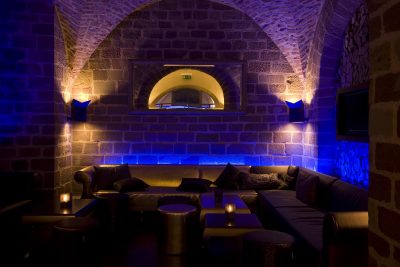 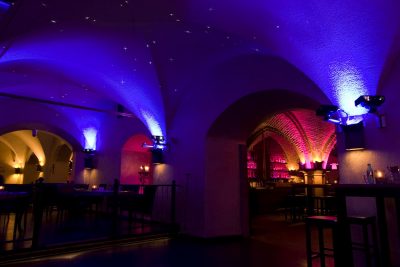