Lighting design for the “CO2 and Co.” exhibition [“COzwo und Co”] on the subject of climate protection in the Schaumberg tower in Tholey.

A guided voyage of discovery

"CO2 and Co." was divided up into different subjects: climate crisis and renewable energy, traffic and transport, environmentally friendly, healthy food and ecological farming and forestry. The exhibition was aimed at all ages, from school classes through to visits by tourists. In addition to the above-mentioned educational concept, a separate tender was held for the lighting design. The climate exhibition was intended to be self-explanatory and encourage visitors to experience the exhibits interactively and through all their senses.

Dynamically changing colours are assigned to each of the above-named areas. Special light fixtures with RGB LEDs scatter the light assigned to that area into the rooms as soon as visitors enter. The lights are attached to the ceiling using magnets and need just 12 mm for installation. They contain all the required technical equipment and are wired in series, so that they can be controlled sequentially.

As the architecture only allows for a low ceiling height, there was limited space for installing the lights. When it came to general lighting, 2.5 W LED lights with a low installation depth of 2 cm were chosen. The illuminants result in stimulating lighting with warm white light of 3000 K, with power consumption of just 3.4 W/sqm. A savings in energy that certainly meets the standards of "CO2 and co.” in full.

Development work on the lighting concept and media control unit resulted in several modules: the blue light in the water lounge imitates ripples, a translucent fabric serves as a room divider and surface for projection, which can be seen from two sides; a peep show makes the visible invisible to the observer – using blue-red images, which are illuminated with blue or red light. The cinema with its concave design shows films that can be watched on an iPad. The exhibition, which was opened in August 2013 and which calls on each visitor to show individual initiative, was planned to run for five years. Photos: Sebastian Caspary 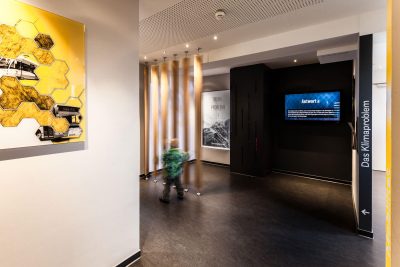 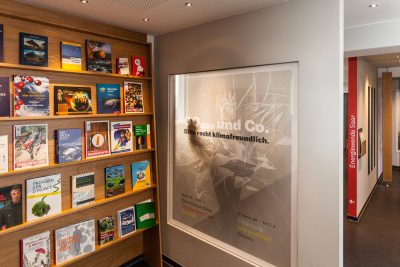 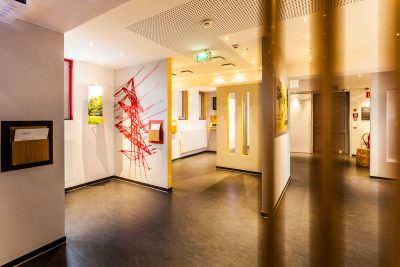 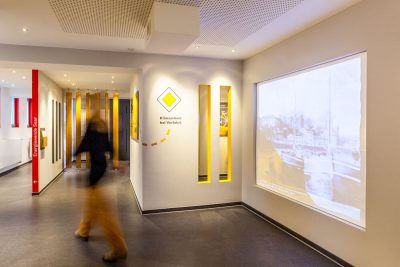 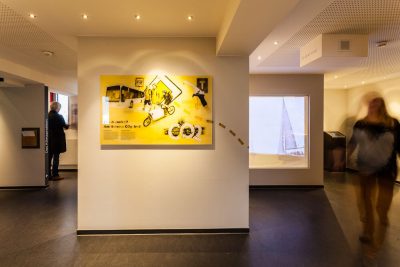 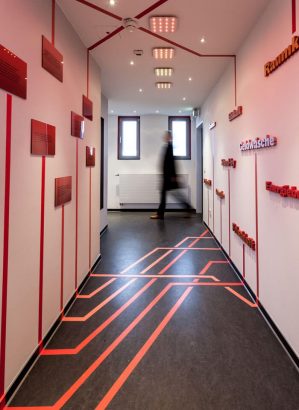 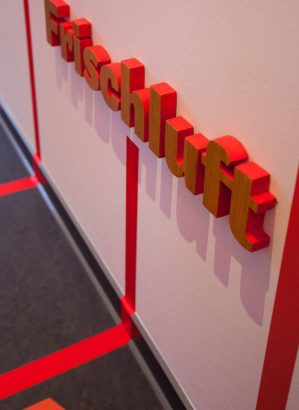 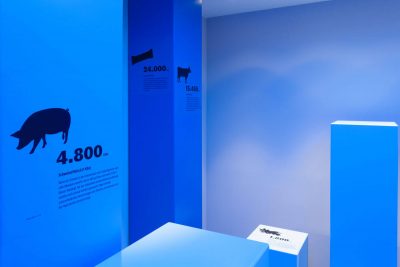 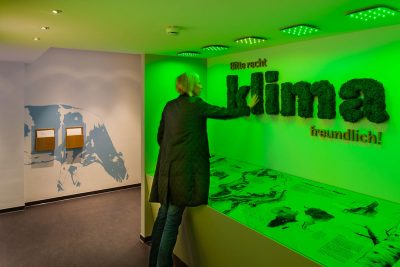 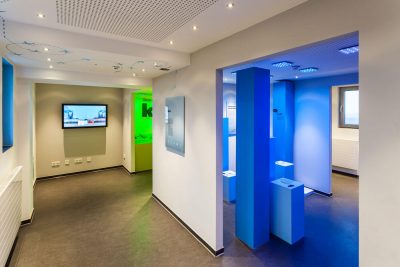 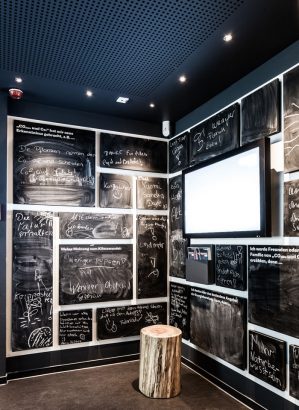 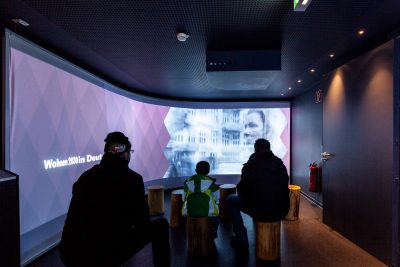